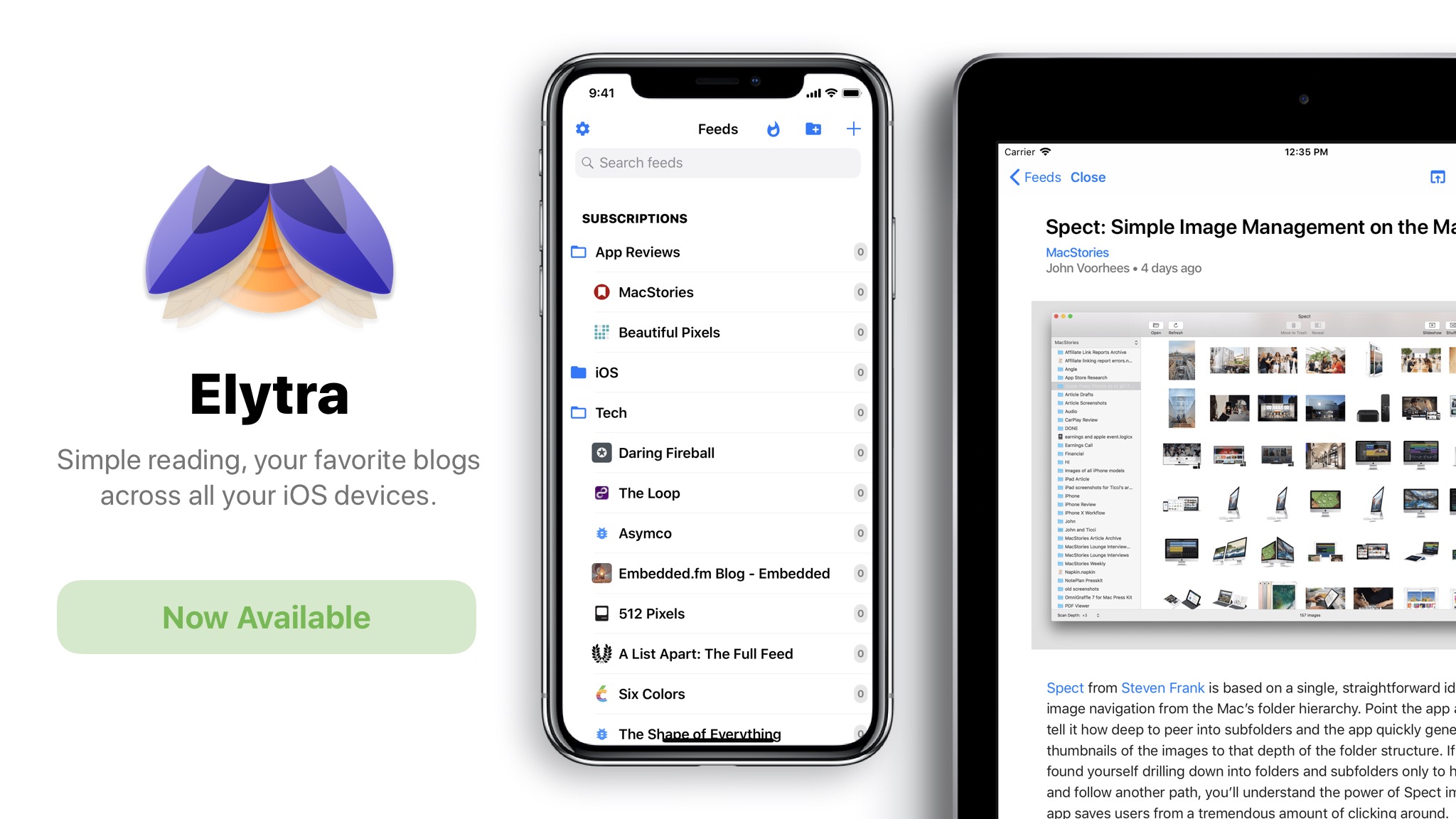 From having of the most volatile, overwhelming pre-releases announced on Twitter, to getting some really cool, critical, and supportive Beta Testers, to the Subscriptions rejection a few weeks earlier, my journey with Elytra has been an absolute roller coaster.

When I started working on Elytra back in November I had no idea what to expect. I was very surprised that people really yearned for a new RSS Reader option. The responses on Twitter only made by presumptions more concrete: I want this. A lot of people want this. This needs to be on the App Store.

There a lot of changes between the last Public Beta build and the App Store version. I wont go into too much detail here, but rest assured, it’s a more stable app. It isn’t completely stable though which is why I have version 1.0.1 ready to go for Review as soon as 1.0.0 is released.

During the Public Beta, people sent me a lot of emails with feature requests, ideas and suggestions to make Elytra a better app, a better product. I’ve been communicating with a lot of people back and forth to evaluate and solidify these ideas and I am very excited to start working on those.

As always, please feel free to email me or tweet/toot at me with ideas, questions or just stop by to say hi.