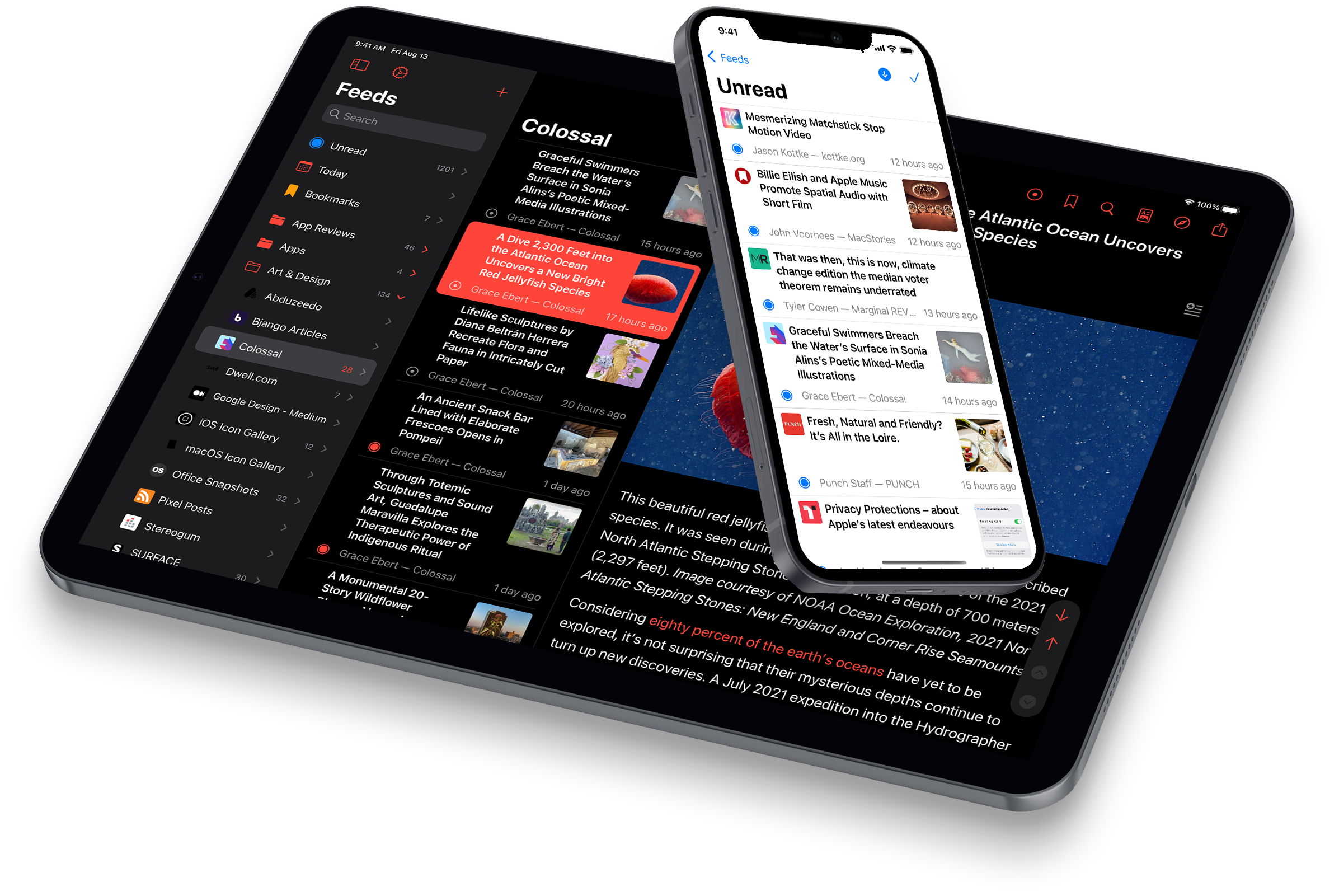 Elytra’s 2021 third quarter release is here and is ready for iOS and iPadOS 15.

This is the first release with a modern and cutting-edge foundation which focuses on reliability, stability and ease of adding new features in future releases.

If you feel generous and have a couple of minutes, please review the app on the App Store. It makes a huge difference for me. Thank you in advance.

Quick notes has been one of my favourite additions to iPadOS 15. You can quickly reference articles using it in your notes with a simple drag and drop.

The inclusion of prominent scene is a great addition to the multitasking arsenal on iPadOS. Simply pinch out from an article to open it inside its own prominent scene.

Extra large widgets on the iPadOS 15 makes getting a quick overview of recently fetched articles even easier. All widgets have been updated to support this new size.