Elytra for web is now in public beta and in this post I’ll document some features and quirks of the webapp. You can start using it right away.

When I set out to build the Web App, I wanted to bring as much functionality of the iOS App as possible, and this proved to the tricky. Since version 1 of the app, the Article Reader never used HTML to render the contents. Everything was drawn native to bring native accessiblity functions and remove privacy-sucking scripts from the entire reading experience.

To do the same on the web with the same data was a tad bit challenging, but not impossible.

Some features are notably missing at the moment like:

to name a few. I’ll be adding these over the next couple of days and I hope to align the final release of the Web App along with v1.8 of the iOS App.

Just like the iOS App, you can also view your Youtube feeds in the Web App. This has become the de-facto way of me and some hard critics of Elytra to consume the latest content from their favourite Youtube Creators.
Microblog Feeds also get first-class treatment on the Web App just like the iOS App. I am a supporter of what Micro.blog stands for and try to actively use it as time permits. My main website is basically a hosted Micro.blog.
I am really exicted to talk about this feature. I’ve always wanted to listen to podcats in Elytra on iOS but I believe it deserves its own separate app so it does not come in the way of reading content. But things are different on the web. Browsers can host multiple tabs for the same domain. So now on the web, you can open any article in it’s own tab and continue reading another article in the main window. I personally use this to play a podcast in the background while I work or read other articles. I’d love to hear from you how you use this feature.

As some of you may have noticed, I have used the New York font in one of the screenshots. If you have the font installed on your macOS systems, you will be able to use in the App as well. The app does not host the font itself because of its License, but can use it if you have it installed.

We now also have a Slack Group for discussions around the iOS and iOS app and soon the macOS App as well. I’d love to see you there and join in on the discussion.

It’s been a tremendous journey for Elytra since its inception back in 2016 and it’s public launch in 2018. As an Indie Developer, I’d really appreciate it if you shared this post with your friends who may be looking for an RSS Feed Reader on the web. As this is a public beta, everybody is welcome. And as always, you can send support queries to support@elytra.app or DM me on Twitter. Happy Reading.

Winter is coming… soon. The Elytra Winter 2019 update is already here though. If you feel generous and have a couple of minutes, please leave a review on the App Store. It makes a huge difference for me. Thank you in advance. Here’s the change log: 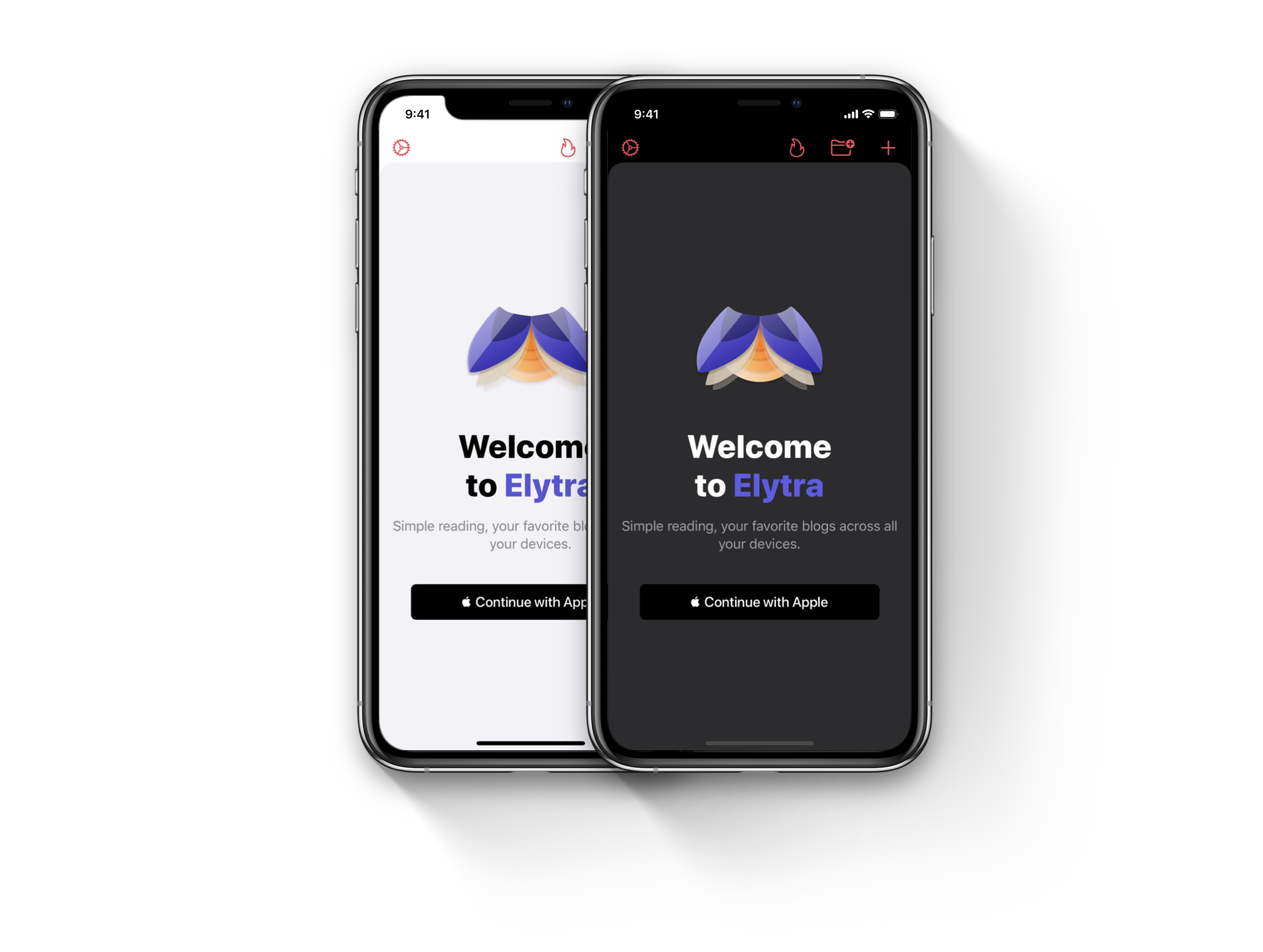 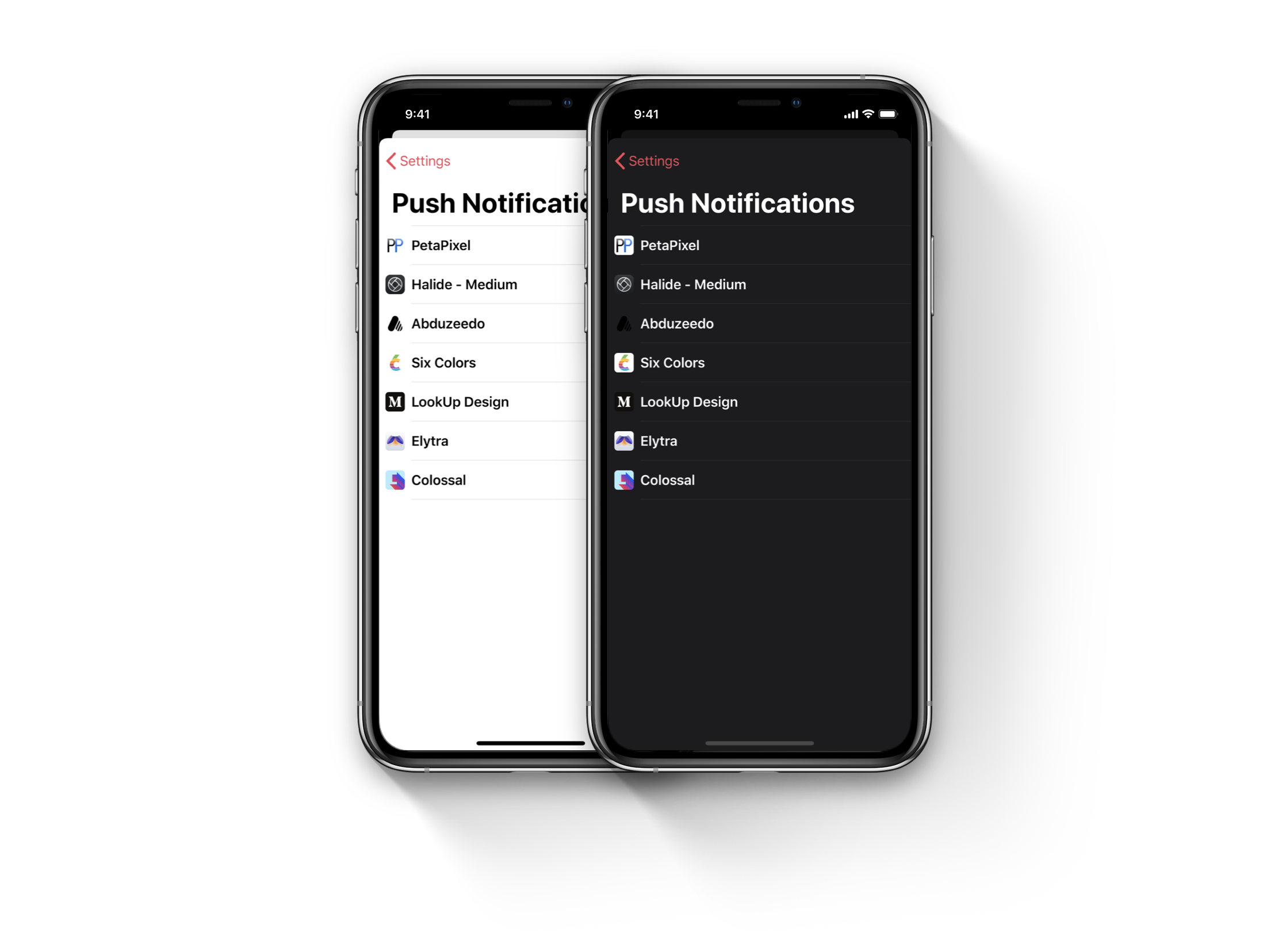 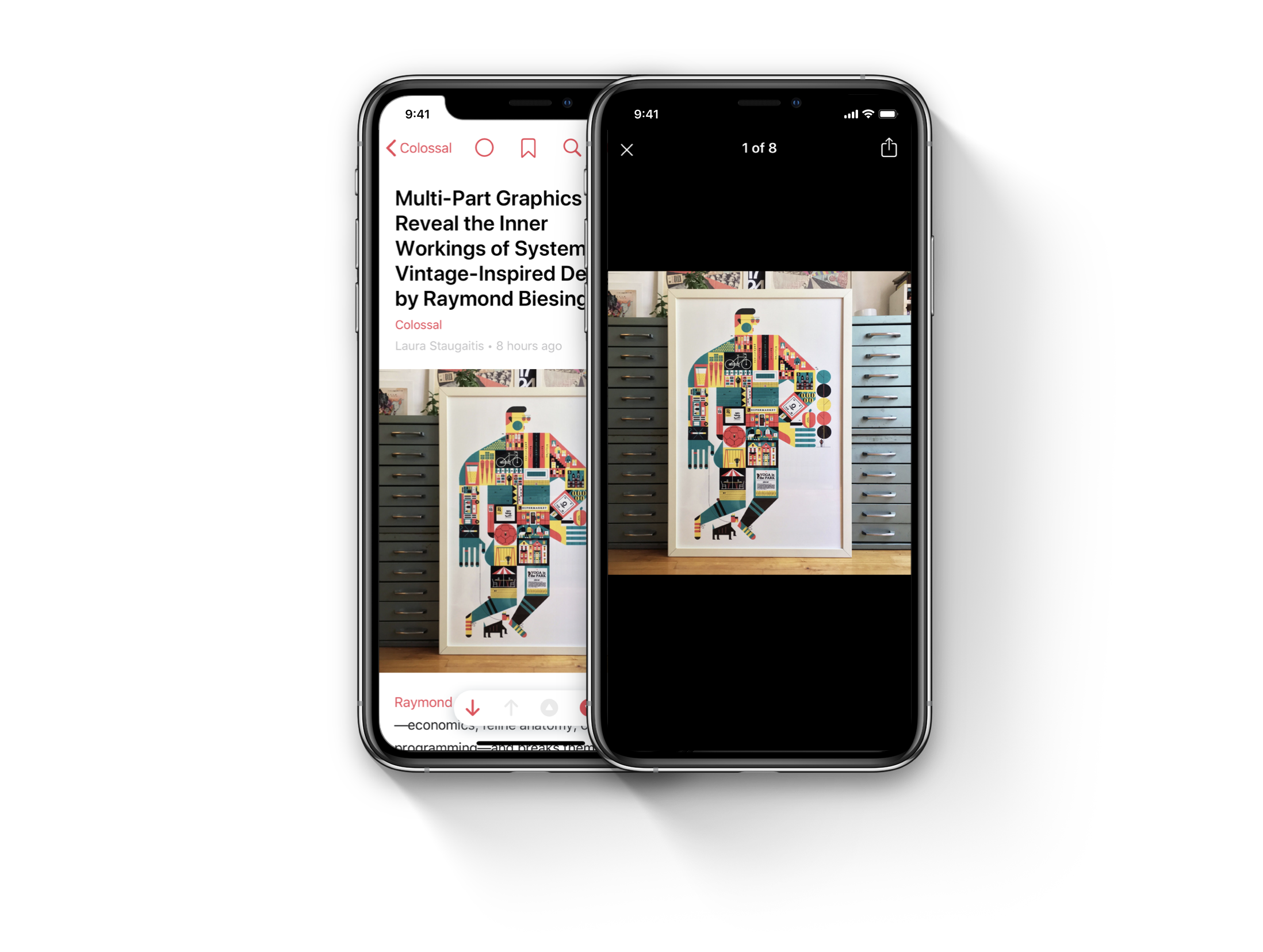 I have been discussing with a few developers across platforms to open Elytra’s API to them so they can also build apps on top of it. I hope this takes off because that’ll mean more and more apps will be using a more private and secure way to read their favourite RSS Feeds.

Other than that, I have made some significant changes to the API and RSS Feed Poller in this update. Here’s a quick change log of things which affects us as Elytra’s Users:

Thank you for your continued support and feedback and criticism. I will continue to work on the iOS and Web apps through November. I’ll be unavailable on email in December but please feel free to get in touch, I’ll try to reply to you during that time whenever possible. Happy holidays.

Last round on me!

This is most likely the last build of Elytra which will be going out to the Public Beta testers. It mostly contains a few minor fixes and two new additions. Read on to learn more.

Elytra Build 110 is now available to all beta testers. This is a sizeable change-log so get ready.

Sometime last week (or perhaps the week before that), I made some minor changes to how RSS feeds are polled. This made the “engine” more efficient by running in period bursts so as to not block your requests from taking priority.

I did however change something: The older variant used a callback system while the newer variant used Promises. I did not have an integration test to check how this change worked with the WebSub mechanism.

Earlier today when I published the Public Beta 3 notes, I was wondering why I did not receive a push notification. Almost 6 hours later I hit my, “ah ha!” moment.

I have patched the issue and now have an integration test for this incase I break it in the future.

If you are subscribed to Push Notifications for the Elytra blog, you should have received one. If you didn’t, you should totally subscribe.

Elytra Build 104 is now available on Testflight and I’ve added another batch 100 testers to the list. If you still haven’t received your invite, this could be the week.

I spent a small part of the weekend fine tuning things on the server side so it can accommodate more feeds and serve more people without needing to be upgraded to a bigger size.

This update includes a lot of visual fixes and some underlying fixes to how Elytra functions.

There is a known bug when you open the Import/Export OPML interface and later dismiss it. The overlay persists and causes the screen to be dimmed. A restart fixes this issue. I haven’t been able to trace it or reliably reproduce the issue.

The second Public Beta of Elytra is now available on Testflight. I have also sent out the 3rd batch of invites to everyone who signed up.

To clarify how I’m sending out invites:

Every few days, I pick a batch of 100 (in order) and add them to the Testflight Public Beta list. This is allowing me to ensure that the server can handle the load. So far, it’s been smooth sailing.

Also, thank you to everyone who sent me emails reporting bugs and suggestions to improve the app. It’s been of immense help. As always, if you run into any issues when adding new feeds, send me an email with the link and I’ll take a look.

Here is the change-log for the latest build.

A warm welcome to all the new Public Beta Testers.

Now that the cheesy stuff is out of the way, let’s get to the meat of this release.